A downloadable game for Windows and macOS

A trippy, surreal, 2D platformer set in your subconscious...

Made for Game Creation Society by

I'm kinda shocked there's only one other comment here (by the creator of the game, mind you,) so, let me just say that, while, no, this game wasn't perfect, I thought it was a pretty enjoyable, relatively interesting short little platformer, and I had a lot of fun playing it. I think a lot of that had to do with the animation, especially the intro and outro cutscenes. My only real complaint would be the lack of music during gameplay, as I think it would have really helped the surreal atmosphere, but it was still fine without it. (Also, I don't know if this is a bug, but if you keep spamming jump while facing a boundary wall, you can jump forever. So that's kind of strange.)

Anyways, I really enjoyed the game, and thought it was pretty fun, so... good job!

Thanks for playing remel, I'm glad you enjoyed the game! The game was made as a semester-long project at CMU's GCS so while we would've loved to get more music into the game, we had to make do with what we could get in such a short time frame. The wall jumping bug is a known issue. I think we have a fixed build on GitHub, but I'll have to go back and play test it again to make sure. 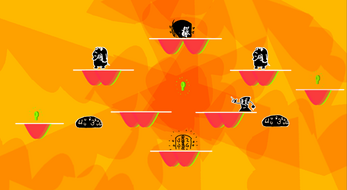 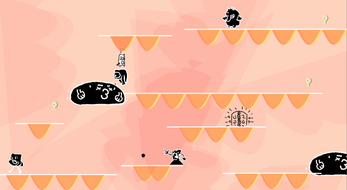 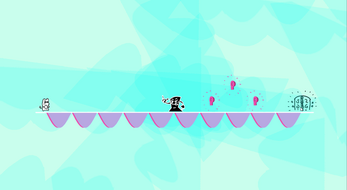